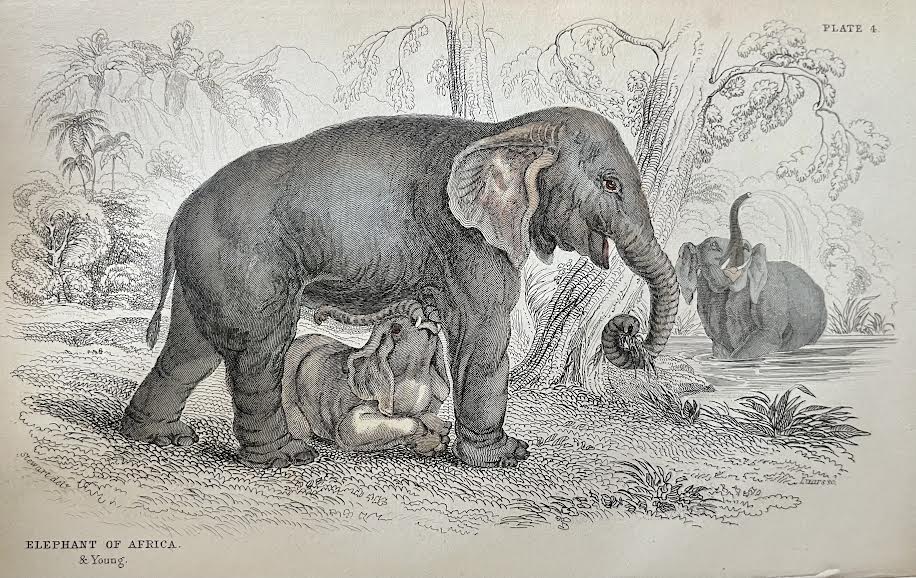 First edition. Camus' translation of Aristotle's descriptive zoology from Greek into French is a masterpiece of scholarship. This highly esteemed translation is much sought after for its extensive erudite commentaries and profound enlightenment of comparative anatomy. Divided into two books, the first volume contains Aristotle's original Greek with Camus' French translation facing. Here he documents all the various manuscripts, editions, and translators cited in the work. The second volume, a detailed study of natural history up to the modern time, contains Camus' careful observations on the commentaries of other translators. This work is of particular importance for Camus' nomenclature of those living creatures originally described in Aristotle's account. He lists all of the animals found in Aristotle works, including those "fanciful and primitive," and then details the differences in terms of the modern knowledge of natural history.

So great was the influence of Aristotle that his teachings and thought were accepted and enlarged upon for nearly two millennia. He was acquainted with more than five hundred species of animals and had dissected and investigated in detail at least fifty kinds, ranging over the entire animal kingdom. Many of his conclusions have stood the test of time. Among them may be mentioned his descriptions of the mechanisms of locomotion, of the process of digestion in ruminants, of the habits of bees, of the mechanism of animal reproduction; his exposition of analogous structures in living bodies; and his methods of biological classification (Eimas, Heirs of Hippocrates, 14).

Camus (1740-1804), French revolutionist, was a successful advocate before the Revolution. In 1789 he was elected by the third estate of Paris to the states general, and attracted attention by his speeches against social inequalities. He was named archivist to the Constituent Assembly, and in that capacity he organized the national archives and classified the papers of the different assemblies of the Revolution. He was restored to the office in 1796 and became absorbed in literary work. He remained an austere republican, refusing to take part in the Napoleonic regime.

This scarce work was included in Thomas Jefferson's library.