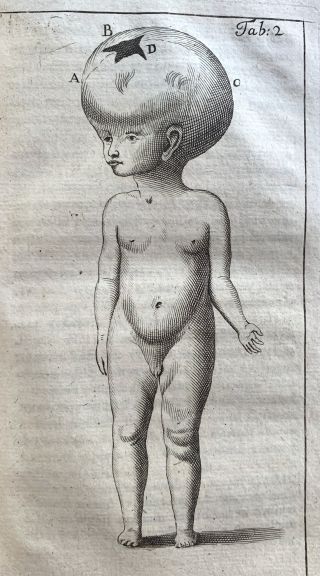 1. First edition of the authors' original offprint. The authors here seek to lay the foundation for the laws regarding the number of polar bodies in animals, polar bodies being cell structures found inside an ovum and produced during oogenesis. Weismann addresses the importance of polar bodies for inheritance factors, crucial to his stance against Lamarckism. He reiterates his position that acquired characteristics are inheritable, a discussion that Weismann would continue to conduct for many years. This paper provides the evidentiary basis for Weismann's article Uber die bilding der richtungskoper bei thierischen eiern (On the number of polar bodies and their importance for the inheritance), published the prior year.

2. First edition. This paper sets out Weismann's views on the importance of external factors on animal development. He treats both preformation (the theory that all organisms were created at the same time, and that succeeding generations grow from fully-formed but miniature versions of themselves that have always existed) and epigenesis (that each embryo or organism is gradually produced from an undifferentiated mass by a series of stages during which new parts are added and their importance to development). These were crucial arguments in the continuing discussions between Lamarckists and neo-Mendelian theories, at a time before the rediscovery of Mendel's work. Lamarck's theory of evolution, that characteristics taken on my an organism during its lifetime (be external factors) can be passed on to future generations, was still prevalent and the subject of debate with those in the Darwin camp. Weismann was generally an opponent of Lamarck, and this paper forms an important retort to the arguments of Lamarck supporters Herbert Spencer and Oscar Hertwig.

3. This constitutes the final rebuttal in Weismann's ongoing dispute with Spencer over inheritance; it is particularly noteworthy for his first proposal of germinal selection, the theory of hierarchical selection, that germ plasm is made up of chromosomes composed of thousands of minute particles carrying hereditary information. Weismann here approaches the difficulties of explaining certain phenomena through natural selection which were frequently a focus of Lamarckian attention, such as the disappearance of useless organs. Weismann argues that heritable peculiarities occurred among the biophors and cells, and that these were variations in the primary cell constituents which might be influenced by natural selection: a further move towards Weismann's belief that "natural selection was adequate even beyond Darwin's hopes."

Weismann (1834-1914) was one of the founders of modern genetics. Born in Germany, he studied medicine at Gottingen, subsequently becoming an army doctor. In 1860 he began teaching at Freiburg University, becoming the first director of their zoological institute and museum and remaining there until his retirement in 1912. Weismann's major contribution was his formulation of germ-plasm theory, that a multicellular organism consists of both germ cells that pass on hereditary information, and somatic cells that perform body functions. Critically, Weismann argued that the germ cells are not affected by anything the body learns or any ability it acquires during its life, and cannot pass this information on to the next generation; this came to be known as the Weismann barrier. This theory propelled him into hard-line opposition of Lamarckism, and he always remained an ardent supporter of Darwin. Weismann's work essentially led towards the validation of Mendel's laws.