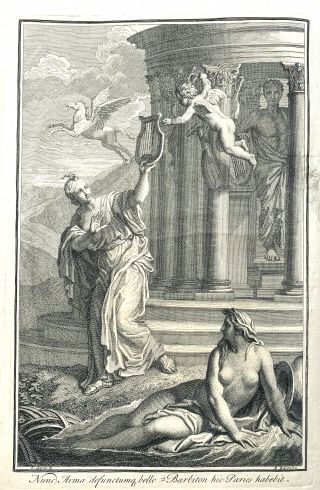 Paris: Gauthier-Villars et Fils, 1894. 4to. 237, [2] pp. FIRST EDITION. With 2 full-page engravings and numerous charts in the text. Half morocco and marbled boards, rebacked with the original backstrip laid down, gilt decorations on the spine; interior clean, all edges gilt. A unique copy inscribed to astronomer Benjamin Apthorp Gould from each member of the Comité Internationale du Poids et Measures, with a photograph of them tipped in. Item #14285

First separate edition of this scarce work by renowned scientist Albert Michelson, the first American Nobel Prize winner for physics. The work describes the length of the international meter bar, which Michelson originally measured in terms of wave-lengths of cadmium light. Two years earlier, Michelson found that the red spectral line of natural cadmium was exceptionally coherent. He then developed an interferometer to determine the length of the International Prototype Meter. His measurements gave the meter a value of 1,553,164.13 times the wavelength of cadmium red in air, at 760 mm of atmospheric pressure at 15 C.

This copy is inscribed to the noted American astronomer Benjamin Apthorp Gould (1824-1896), who founded the Argentine National Observatory. It is signed by all members of the International Committee for Weights and Measures for Gould’s 70th birthday, with an original photograph of the Committee tipped in. The Committee was formed on May 20, 1875 when the Treaty of the Meter was signed by 17 countries. Gould received the Gold Medal of the Royal Astronomical Society in 1883 for his publication Uranometria Argentina (1879). The publication assigned Gould designations to all bright stars within 100 degrees of the south celestial pole in a manner similar to what Flamsteed had earlier done for the northern hemisphere.

Born in Prussia to a Jewish family, Michelson moved to America at the age of two. He joined the U.S. Naval Academy in 1869, with a focus in optics, heat, and climatology. In 1907, Michelson was recognized for his work on measuring the speed of light, and for the Michelson-Morley experiment, which attempted to determine the velocity of matter, the results of which were used by Einstein to develop his theory of special relativity. As well as winning the Nobel Prize, Michelson was also awarded the Copley Medal, the Henry Draper Medal, and the Gold Medal of the Royal Astronomical Society. It is interesting to note that a crater in the moon is named after him.

Add to Cart Ask a Question
See all items by M. Albert A. MICHELSON