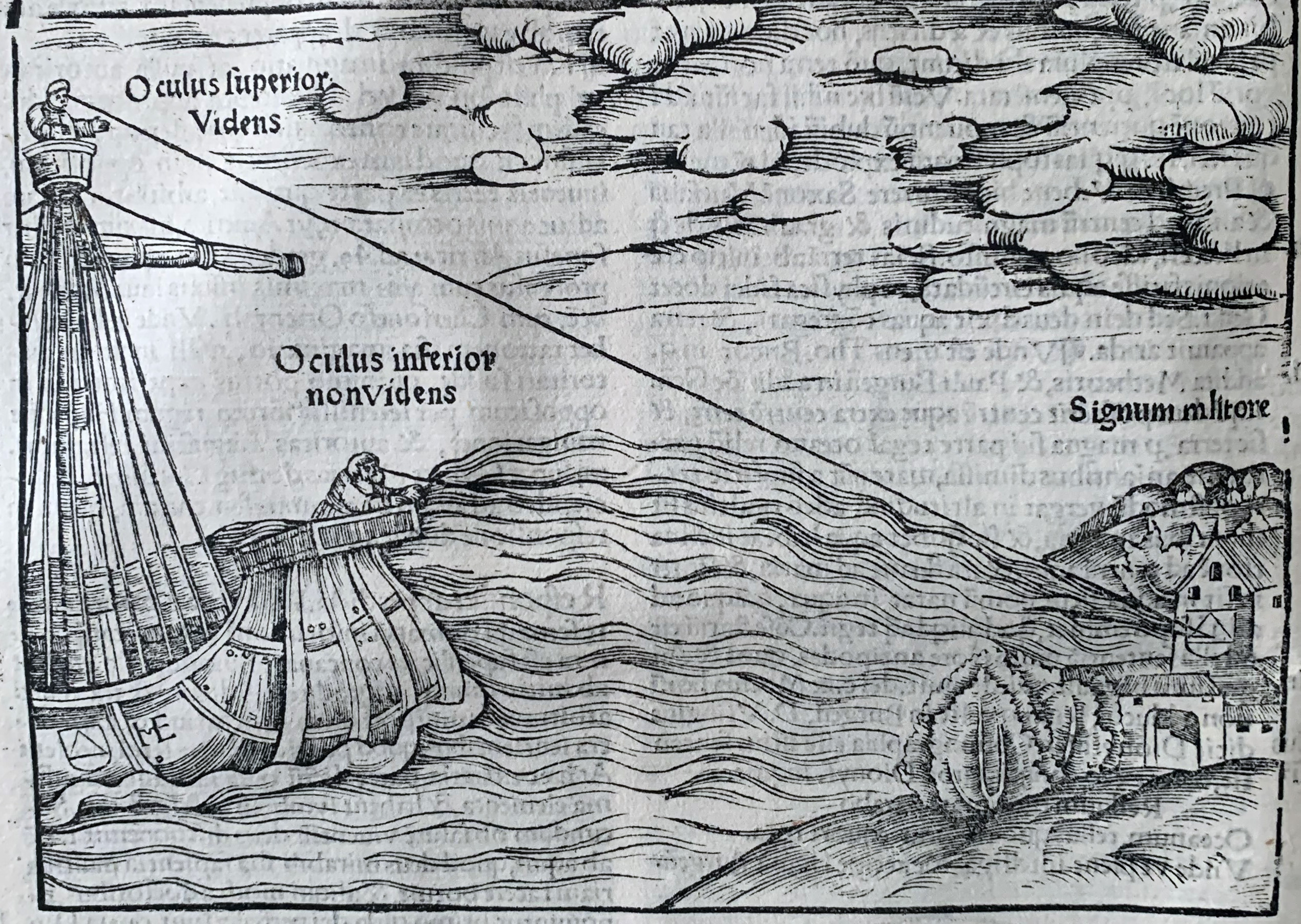 London: Company of Stationers, 1641. Three volumes. Folio. [cxxvi], 756, 767-1033; [xlii], 22, [1], 6-788; [ii], 1030, [14], 106, 105-106, [94] pp. Eighth edition. Titles within elaborate woodcut borderslarge folding engraved plate (“A most exact and accurat table of the first ten persecutions of the Christian Church”) and full-page woodcut of the “poysoning of King John by a Monke” in Volume I, folding woodcut of an execution at Windsor Castle in Volume II, folding woodcut of the “burning of B. Ridley, and Father Latimer at Oxford” in Volume III, numerous woodcut illustrations throughout. Lacking the half-title and the engraved portrait of Foxe in Volume I. Contemporary calf, rebacked; other than some minor browning and waterstaining, an excellent copy with very wide margins. Item #17414

Eighth edition. Actes and monuments, popularly known as Foxe’s Book of martyrs, is a history of the Protestant Church and martyrology, first published in 1563. Foxe’s account of Protestant sufferings under Catholic supervision was an affirmation of the English Reformation only five years after the death of the Catholic Queen Mary. Foxe clearly intended to establish the Church of England as a continuation of the true Christian church.

The work covers early Christian martyrs and a brief history of the medieval church, including the Inquisitions. It then treats the reigns of Henry VIII and Edward VI, when the English Church separated from papal authority and the Book of Common Prayer was first issued. The first printing ended with the persecutions under the reign of Queen Mary. Each subsequent edition included the history and martyrs through that particular printing. For example, the 1583 printing added a section on the St. Bartholomew’s Day Massacre of 1572. The 1632 edition added a topical outline and chronology, along with a “continuation of the foreign martyrs; additions of like persecutions in these later times” which included the Spanish invasion (1588), and the Gunpowder Plot (1605). This eighth edition continues through the reign of Charles I.

Foxe (1516–1587) resigned from Oxford after becoming a Protestant, eventually being employed as a tutor. He later moved to the Continent upon the accession of Queen Mary in 1553. When he returned to England after Mary’s death, he was ordained and continued to write and preach.

Wing F, 2305; see johnfoxe.org for a discussion about the differences in each edition.

Bound with, at the end of Volume III:

A continuation of the histories of forreine martyrs : from the happy reign of the most renowned Queene Elizabeteh, to these times, with sundry relations of those bloudy massacres executed upon the Protestants in the cities of France, in the yeare 1572. Whereunto are annexed the two famous deliverances of our English nation: the one from the Spanish invasion in 88. The other from the Gunpowder Treason, in the year 1605. Together with the barbarous cruelties exercised upon the professors of the Gospell in the Valtoline, 1621. London: by Ric. Hearn, for the Company of Stationers, 1641.